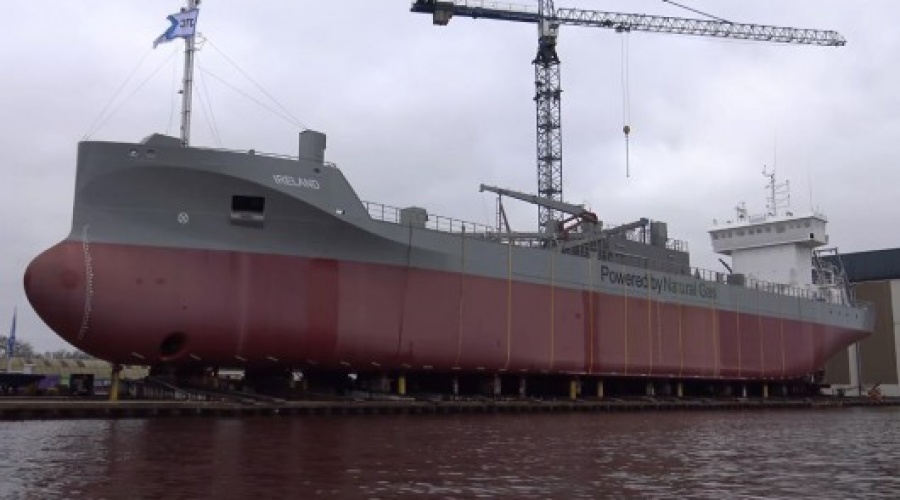 Cement carrier M.V. Ireland was launched at the Netherlands-based Ferus Smit Westerbroek Yard on 19 March. The photo shows the vessel hitting the water for the first time.

The vessel is equipped with an LNG fuelled propulsion system and incorporates a pressurized LNG tank positioned in the foreship.

The cement cargo system consists of a fully automated cement loading and unloading system, based on fluidization of cement by means of compressed air.

Ireland is the second of two cement carriers built for the joint venture JT cement, in which Swedish shipping company cooperates with KG Jebsen Cement from Norway.

The moment of the vessel’s launching is shown in the video below.