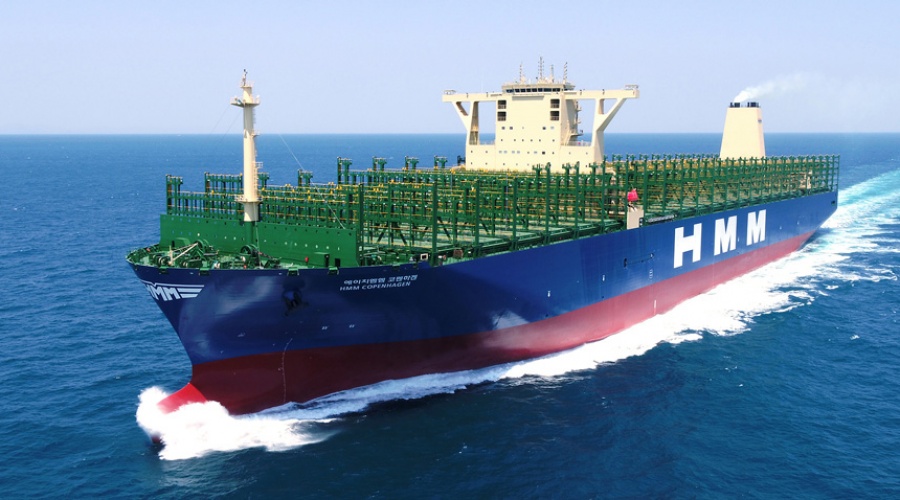 The newbuilding joins its sister ship HMM Algeciras in taking the title of the world’s largest containerships based on carrying capacity.

Posted: over 5 years ago

Categories:
Posted: over 5 years ago

The solution, which is installed on 7 large containerships, enables the owners to remotely diagnose the status of the major systems onboard such as the main engine, air conditioning and reefers to support optimal performance. The giant containership is also equipped with a Smart Navigation system that proposes the optimal route for the ship’s voyage, saving time and money.

In order to meet the IMO 2020 Sulphur Cap, the ship has been installed with a scrubber and is LNG-ready.

DSME is building seven 24,000 TEU containerships for HMM, which are set for delivery by the third quarter of this year. Once delivered, they will be deployed on Asia-North European trades operated by THE Alliance.

Samsung Heavy Industries (SHI) is building the remaining five 24,000 containerships from the batch, ordered in 2018.