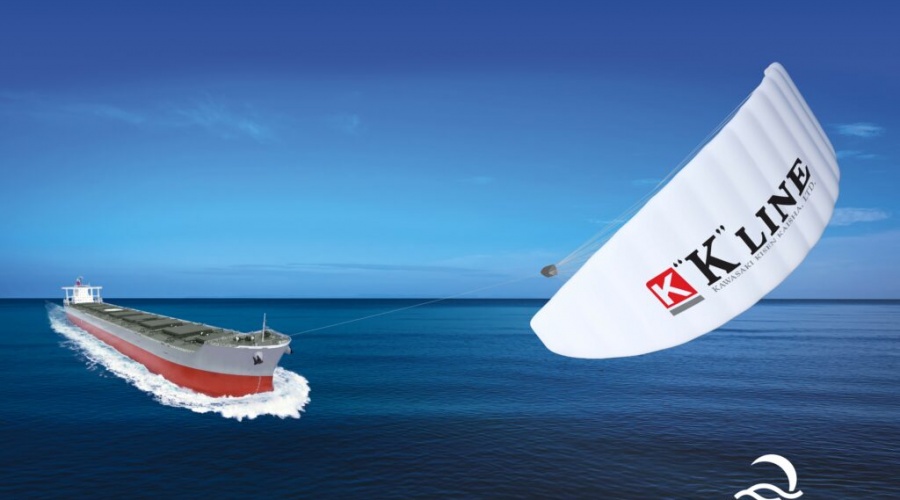 Japanese shipping major K Line and Airseas, a spin-off of aerospace company Airbus, have obtained an Approval In Principle (AIP) from classification society ClassNK for the design of the Seawing kite system which converts wind energy into propulsive force with its flying kite.

“Obtaining the AIP marks the completion of the initial design related to the kite structure and controls. Now we step into further development and detailed engineering, with the target of installation and operation on the first K Line vessel,” K Line said.

K Line has recognized the potential of wind propulsion for cutting emissions back in 2019, having signed a major agreement with France-based Airseas, a developer of automated power kites for ships.

Under the 20-year deal, Airseas will install and service one ship with the Seawing, a system based on parafoil technology that tows commercial ships, and can cut more than 20% of fuel consumption and CO2 emissions, according to its developer.

The kite is a large piece of folded tissue that is lifted at the top of the 35-meter high mast mounted on the bow of the vessel. The system is linked to the winch on the deck with a long cable, which contains special technology in itself.

As explained by Airseas, a simple switch launches or recovers the kite which unfolds, operates and refolds autonomously.

The system collects and analyses meteorological and oceanic data in real-time, then adapts its flight to this information in order to optimize its performance as well as to ensure maximum safety.

The first installation on a Capsize ship, most probably sailing between Japan and Australia, is set for 2021 after which demonstration tests will ensue, aimed at proving that the promised 20 percent savings can be achieved on the said route.

The tests will be one of the most important factors for K Line before the company commits to install the automated 1000 sqm kites on up to 50 more ships.

“Through this project, K Line will promote wind propulsion as an environment-friendly as well as economical measure. K Line, therefore, invests right now in this innovative Seawing kite technology in order to lead this transition towards zero-emission ships,” K Line added.

Posted: about 1 month ago
Premium

Go(ne)ing with the wind: 40 ships to have wind propulsion installed by the end of 2022