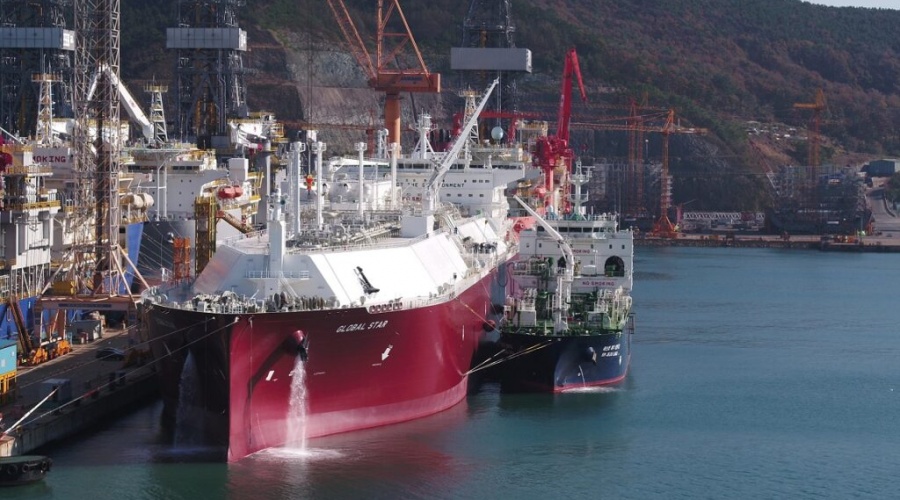 In its statement on Thursday, Kogas said it deployed the Jeju LNG 2 vessel to supply volumes. The STS LNG operation was completed at the Daewoo Shipbuilding & Marine Engineering’s Okpo yard.

The company claims that this ship-to-ship LNG loading verification test was the first such operation in the world.

Previously, these operations have been conducted with the LNG tanker moving to either Incheon, Pyeongtaek, or Tongyeong terminals for gas trials. There the vessel’s cargo tanks and equipment would be tested.

However, due to the increase of unloading at these facilities during the winter period the schedules have become tight. This is also because of an increase in LNG carriers’ construction. Furthermore, the vessel has to travel a certain distance from the shipyard to one of the terminals.

Kogas completed all the preliminary preparation work in cooperation with the Korean Register of Shipping, DSME and Korea Line Corporation. The operation was completed during a three-day period from November 24 to 26.

Global Star LNG tanker is scheduled to arrive at the Tongyeong LNG terminal on December 6. There the vessel will load the remainder of the cargo following two weeks of sea trials.

The company also expects to lower the costs as well as reduce the time needed for these operations via the conventional shore-to-ship method.