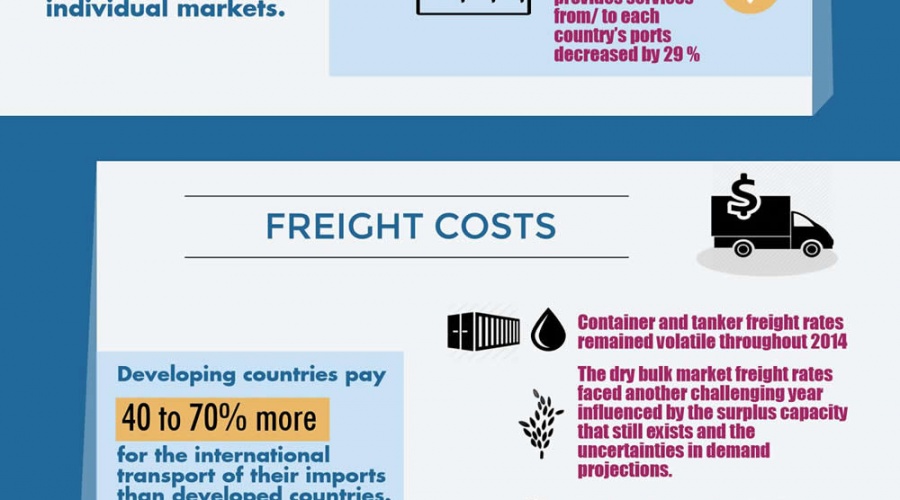 Today we are bringing you an interesting infographic showing a detailed review of maritime transport in 2014.

The infographic, which is a part of UNCTAD’s Review of Maritime Transport, provides an analysis of structural and cyclical changes affecting seaborne trade, ports and shipping.

The infographic consists of the following parts:

Seaborne trade
The world economy embarked on a slow-moving recovery led by uneven growth in developed economies and a slowdown in developing countries and economies in transition.

The fleet
The world fleet grew by 3.5 per cent during the 12 months to 1 January 2015, the lowest annual growth rate in over a decade.

Freight costs
Developing countries, especially in Africa and Oceania, pay 40 to 70 per cent more on average for the international transport of their imports than developed countries.

Legal and regulatory framework
The Polar Code, establishing mandatory provisions to ensure ship safety and prevent environmental pollution in both Arctic and Antarctic waters, which was adopted at IMO and will enter into force on 1 January 2017.