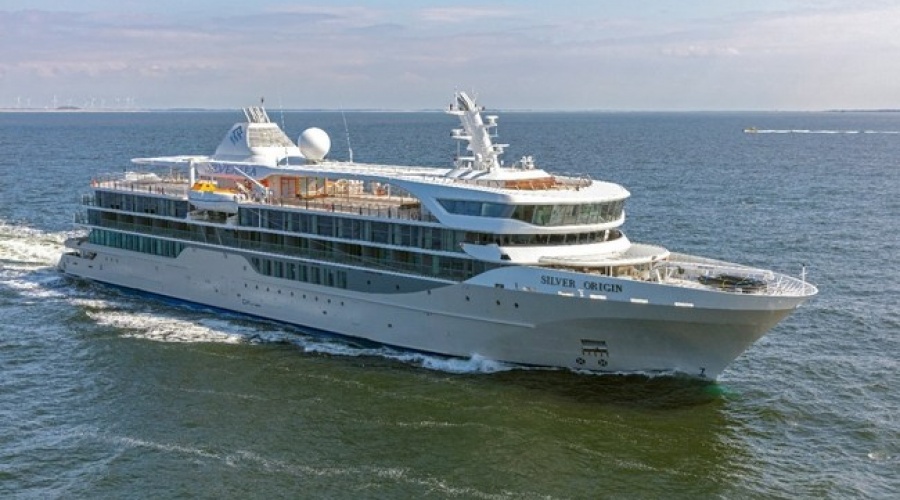 Dutch shipbuilder De Hoop has come up with some innovative ways to overcome challenges to the construction of its ships during the coronavirus pandemic by resorting to technology.

Namely, the shipyard was faced with numerous challenges due to the country-wide lockdown including workforce shortages as well as supply hurdles.

What is more, due to the travel bans, sub-contractors were prevented from reaching its ships, and testing and commissioning systems during sea trials.

As such, the company decided to turn to technology and conduct remotely operated sea trials with its partners.

The shipyard is building an ultra-luxury ship for Silversea Cruises, which is scheduled to embark on its maiden voyage later this year in the Galapagos Islands.

The vessel, named Silver Origin, features a dynamic positioning system, which will be used when the ship is positioned over delicate seabed ecosystems to prevent the anchor from causing damage.

Silver Origin’s sea trials, which took place from April 27 to April 29, included a historic world-first: during the dynamic positioning acceptance test—which tests the ship’s ability to remain within 10cm of a fixed point without dropping anchor—the ship’s dynamic positioning system was remotely tuned and calibrated by a third party in St. Petersburg, Russia—over 1,800km away.

A fast internet connection was set up on board to enable near-instant communication between both parties and, using a headset and a camera, an operative from St.Petersburg completed manoeuvring tests. The ship’s Captain, meanwhile, acted as his lookout from on board.

“This was the first time such an operation has been completed remotely during a sea trial,” says Fre Drenth, the Director of De Hoop Shipyard. “The tuning was successful and took no longer than usual. It demonstrates that it is possible to tune dynamic positioning systems remotely. It could potentially save a lot of travelling time for engineers in the future. I am enormously proud of my team for their work.”

“We usually have a large team that participates in the sea trials, but this year was different because of the extraordinary situation,” says Vesa Uuttu, Director of Newbuilds & Site Office NL, Royal Caribbean Cruises Ltd.

“Hence, a limited team participated—enough to comply with regulations. It was a proud moment to see the ship perform as it did—for all involved, especially the team at De Hoop who have worked tirelessly to complete the project in these tough circumstances.”

The ship is now undergoing finishing touches ahead of its delivery in the coming weeks.

“The cruise line is currently working on enhanced sanitary protocols across its fleet to ensure that all necessary precautions are in place to resume safe and healthy cruising when the time is right,” Silversea said, commenting on the current cruising pause.

Earlier this week, Royal Caribbean Cruises Ltd., parent of Silversea Cruises, said it would extend the suspension of most sailings through July 31, 2020, with the exception of sailings from China, which will be suspended through the end of June.

The company expects to return to service on August 1.

Royal Caribbean has been badly hit by the suspension of cruises, which resulted in the cancellation of 130 sailings during the first quarter and a consequent reduction in capacity of approximately 20.0%, and has had to bolster its liquidity to cover for the rising costs of operation.

The company estimates its cash burn to be in the range of approximately $250 million to $275 million per month during a prolonged suspension of operations.

The cruise major has secured approximately $4 billion increase in additional financing, a $3 billion reduction in its 2020 capital expenditures, a $0.8 billion 12-month debt amortization holiday from certain export-credit backed facilities, and a substantial reduction in its operating expenses due to the fleet layup and other cuts.

Royal Caribbean Group reported US GAAP net loss for the first quarter of 2020 of $(1.4) billion against a net income of $249.7 million in the prior year.

The company expects to incur a net loss for its second quarter and the 2020 fiscal year; the extent of which will depend on the timing and extent of its return to service.