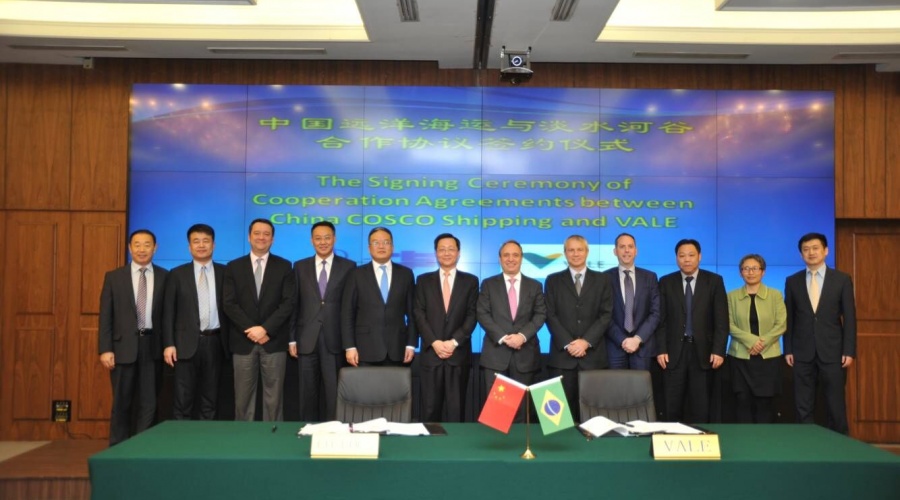 The deal has been signed earlier today in Beijing and marks the first major deal COSCOCS has signed since its formal launching.

The agreement was signed by Ye Weilong, E.V.P of China COSCO Shipping, and Luiz Meriz, Executive Manager for Shipping and Iron Ore Marketing  of Vale.

“The signing of the agreement marks the commencement of a new chapter of the cooperation between the two companies,” a statement from China COSCO Shipping reads.

COSCOCS was officially launched in Shanghai on 18 February, following a merger between China Shipping and Cosco, thus becoming the world’s largest dry bulk and tanker owner and fourth on global scale with respect to its container fleet.