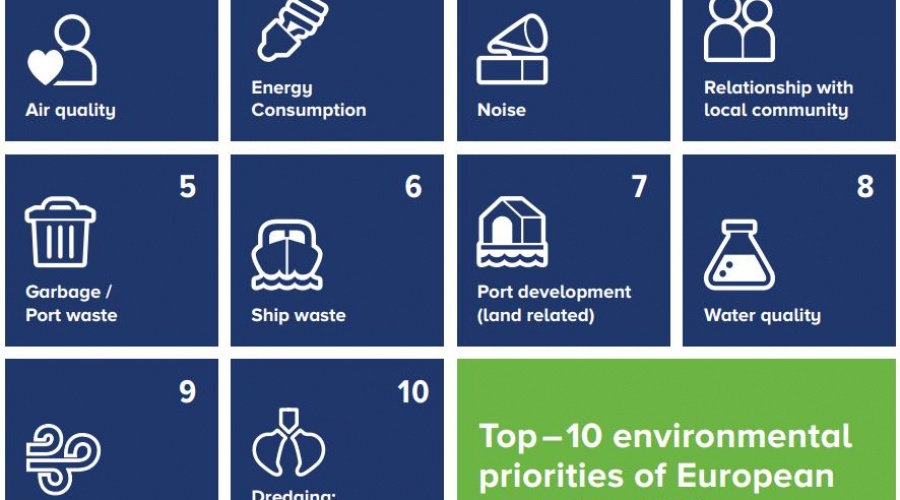 The leading issue of European ports is still air quality which remains the number one environmental priority of the ports, as it was in 2013, according to the European Sea Ports Organization’s (ESPO) 2016 environmental review.

“This is fully in line with the priority given to the subject at EU political level. The implementation of the Sulphur Directive and the ongoing political process on the air quality package have a clear role to play here,” ESPO said.

Noise appears in number three and has remained a top priority issue since 2004.

The relationship with the local community, port development and water quality gained importance and moved to the fourth position, followed by the two waste items, port waste and ship waste, on the fifth and sixth positions, respectively.

ESPO said that the climbing of water quality at number 8 can be linked with the implementation of the water framework directive and the ongoing discussions on the potential impact of washwater discharges by open loop scrubbers.

Port development (land), dredging operations, and dust, which were placed on the priority list of the European port sector for the last 20 years, remain in the list in 2016 as well.

“This data is important as it identifies the high priority environmental issues on which ports are working and sets the framework for guidance and initiatives to be taken by ESPO,” Antonis Michail, senior policy advisor and EcoPorts coordinator at ESPO, said.